This was John’s first ever electric guitar, acquired and used most likely sometime between 1991 and 1993. Prior to this, John was using an acoustic guitar which was rented from a local guitar shop, although there might have been a couple of more acoustic guitars going through his hands before he eventually acquired this Squier. [John Mayer: Someday I’ll Fly]

My first electric guitar was a Squier, so I’ve kind of grown up native to the shape and the sound and the feel of a Stratocaster. I kind of learned my way around the guitar on it. [John Mayer 2007 summer tour – Fender]

As far as one can tell, there’s only one photo of John with this guitar, and it is shown briefly in the music documentary by Eastwood Allen titled ‘John Mayer: Someday I’ll Fly’ [John Mayer: Someday I’ll Fly – 02:31]. Based on the photo, the guitar was finished in black and featured a rosewood fretboard. The same photo was shared on John’s Instagram profile a while ago. 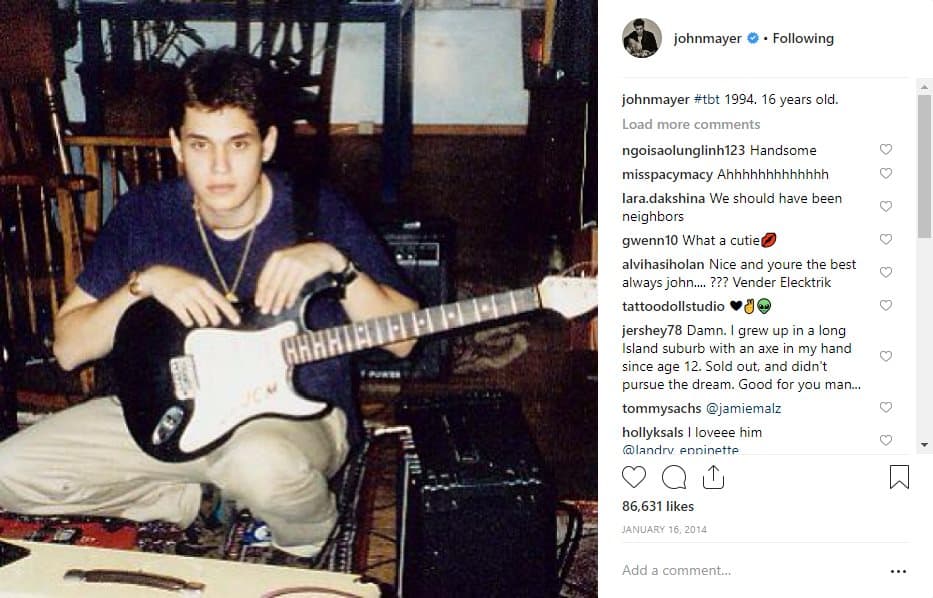 What happened to the guitar is unknown, but it is likely that John sold it in order to purchase his next electric guitar.