John was first seen using this guitar sometime in the summer of 1994. At that time, he was playing in a band called ‘Another Roadside Attraction’ [John Mayer: Someday I’ll Fly – 3:35]. The guitar likely directly replaced the black Squier that John played prior to this.

What’s particularly interesting about this guitar is that, based on the photos, in 1994 it had a maple neck, while later on in 1995 the neck seemed to have been swapped for a rosewood one (see photo below). Of course, there are a few reasons that might have led to this – the old one broke, John preferred rosewood fretboards over maple, he came across a better neck than the one that was originally on the guitar and decided to swap them, or this is all completely wrong and they were actually two different guitars. 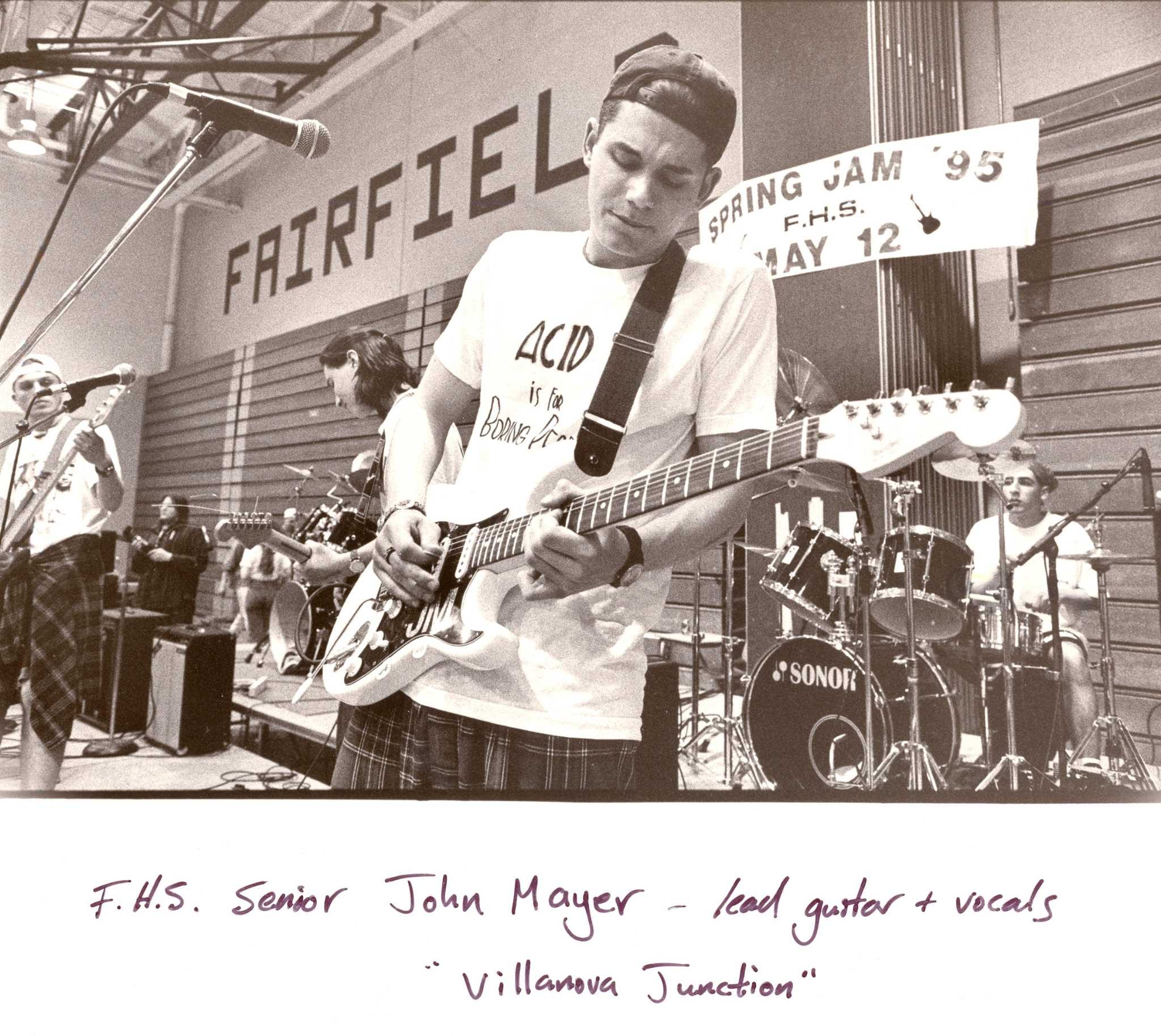 However, to at least entertain the theory that this is one same guitar after all – it is possible that John somehow got his hands on a Fender branded neck, while the guitar itself was a Squier. For what it’s worth, no one but John would ever know that the guitar was not an actual Fender since it sported the company’s logo on the headstock (lets admit it, at some point we all cared way too much about showing off that shiny logo), which is, of course, the only clue most people will ever refer to when trying to identify the guitar. Also, John refers to his SRV Signature Stratocaster (his next guitar) as his first ‘real’ guitar, with no mention of owning a white Fender prior to that one – which in case if it was an actual Fender, would be certainly considered a decent guitar – at least in comparison to the old Squier.

Unfortunately, all this is just a wild guess since none of the photos of the guitar with the maple neck show the headstock, and therefore the logo is not visible. The logo on the rosewood neck, although the photo from May 1995 (shown above) is of somewhat poor quality, almost certainly reads Fender. If you happen to come across more photos of the guitar which might help us figure this out, please be sure to send them using the contact form.

Lastly, to bring even more confusion into all of this, John posted a photo on his Instagram profile from Berklee circa 1996 standing next to James Valentine (Maroon 5). 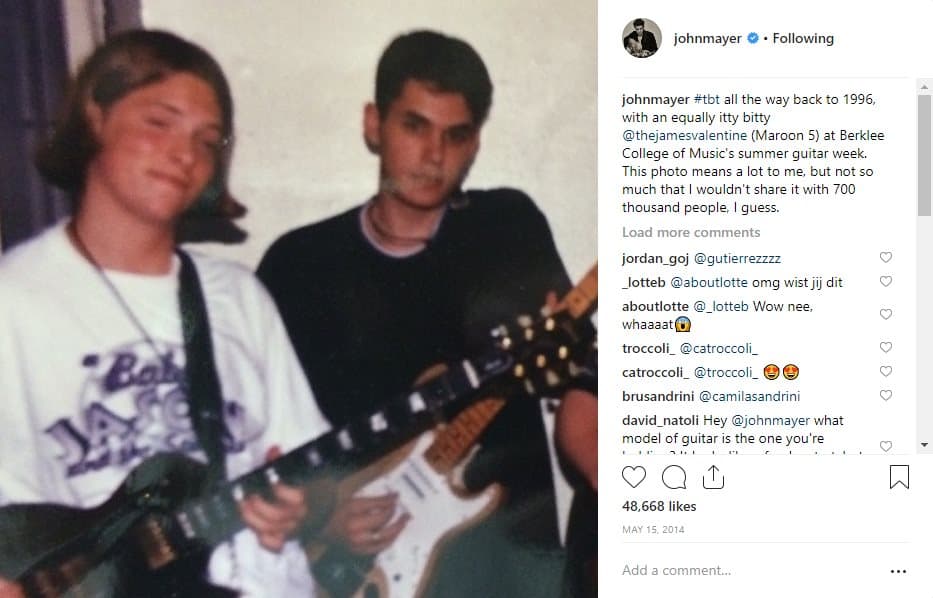 If you look closely at the photo, you’ll notice that although the front of the guitar seems to be either finished in clear lacquer or just showing bare wood, the back of the guitar and particularly the area around the neck joint still shows what appears to be leftovers of white paint. This could possibly that John partially stripped down the paint from the white Fender/Squier Stratocaster sometime in late 1995/early 1996, replaced the pickguard, and installed (the old?) maple neck on it.

Of course, as said, the simplest solution could be that these were two completely different guitars. One being a white Strat with maple neck, and the other one being also a white Strat but with rosewood board. John is probably the only person who would know for sure, while we can just keep on guessing.

Be that as it may, this guitar seemed to have been the first one that John would personally connect with and take special care of. If the neck swap theory is indeed correct, it goes to show that John was becoming more familiar with the instrument and its inner workings, and was openly exploring which specs fit his style best. It’s also interesting that he gave the guitar a personal touch by adding his initials to the pickguard in the style of Stevie Ray Vaughan, one of his personal heroes.