This guitar was first photographed on February 11th 1967, at the Blue Moon club in Cheltenham. It was seen sitting on stage while Hendrix played on a different white Stratocaster, likely the one that came with him from the US. According to one of our visitors (see comments below) the second white guitar was also seen at Bristol Locarno on February 9th.

Identifying the Guitar, the Story

Unfortunately, none of the photos that seem to exist of this guitar show the headstock. Because of this, one cannot possibly identify the guitar, or determine in which year it was made.

Regarding the story behind it, if one had to guess, it is likely that this guitar replaced the black Stratocaster that was allegedly stolen on the night of the February 2nd. What’s interesting though is that starting with March 1967, Hendrix switched to two sunburst Stratocasters, and this second white Stratocaster was nowhere to be seen.

There is a possibility that it remained at his house for safe-keeping (Hendrix did after all like white guitars at this time), and that this is the same guitar that Hendrix used towards late 1967. That guitar was also white with rosewood fretboard and featured a large headstock.

The second possibility is that the guitar was stolen or went missing at some point between mid-February and early March, and that was the end of it.

If you happen to come across a photo of this second white Stratocaster from late February or early March, please be sure to leave a comment below (please note that the photo used on this page is just a placeholder).

No, seen the night before at Bristol Locarno ( before Cheltenham Blue Moon).. I was there; two Strats – no stand, just leant up against the Marshalls. And the Marshall speakers had a large colourful beach towel for him to wipe off sweat…

Have some pix you’d have to email me…
JP 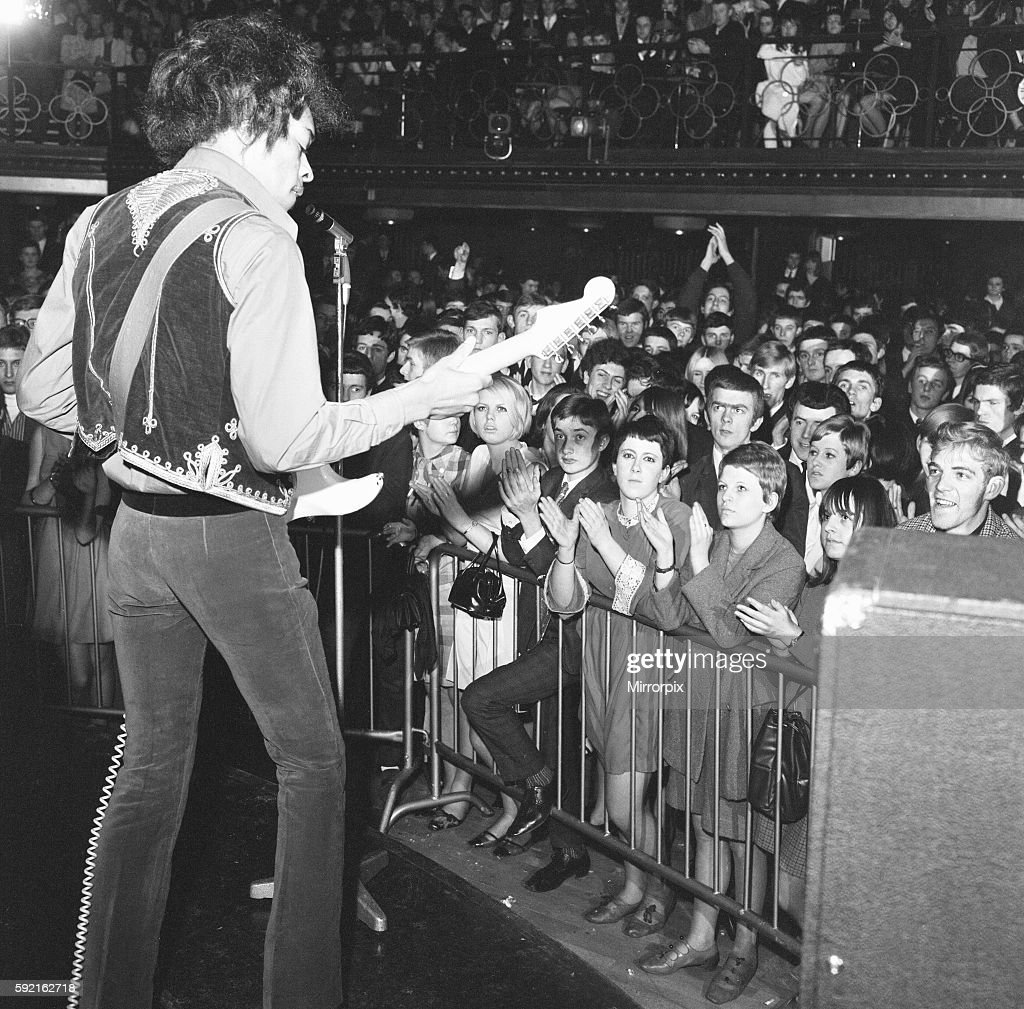