Kurt was first seen using this white Fender Stratocaster with rosewood fretboard on February 14, 1992, in Osaka, Japan. He destroyed the guitar that same night, snapping the neck in half, but the body was left relatively undamaged. It seems that the guitar was fixed by February 22nd when it was used during Nirvana’s show in Honolulu.

Given that the guitar was first used when the band was in Japan, it is likely that this was a MIJ Strat (Made in Japan). Also, it’s impossible to know whether Kurt fixed his old guitar, or had purchased more than just one Strat at that time – but for the sake of simplicity, we’ll regard it as one guitar.

The main thing one should focus on identifying the guitar is the white Seymour Duncan Hot Rails in the bridge position, and a small burn mark on the bottom portion of the pickguard (would be nice to know where this burn mark originated from).

It seems that this Stratocaster served as one of Kurt’s disposable guitars throughout 1992. Among others, Kurt was seen using it in Stockholm, Sweden on June 30th, at MTV Video Music Awards show on September 9th, (photo above), and in Buenos Aires, Argentina on October 30. At the end of the last song of the Buenos Aires concert Kurt fiddled with the guitar on stage for a few minutes, and finally picked it up from the floor and started smashing it until the neck broke off (video below). It appears that this was the last time that Kurt used this particular white Stratocaster.

this is this white stratocaster now the pickups were salvaged and stuff was drawn on it. heres a pic 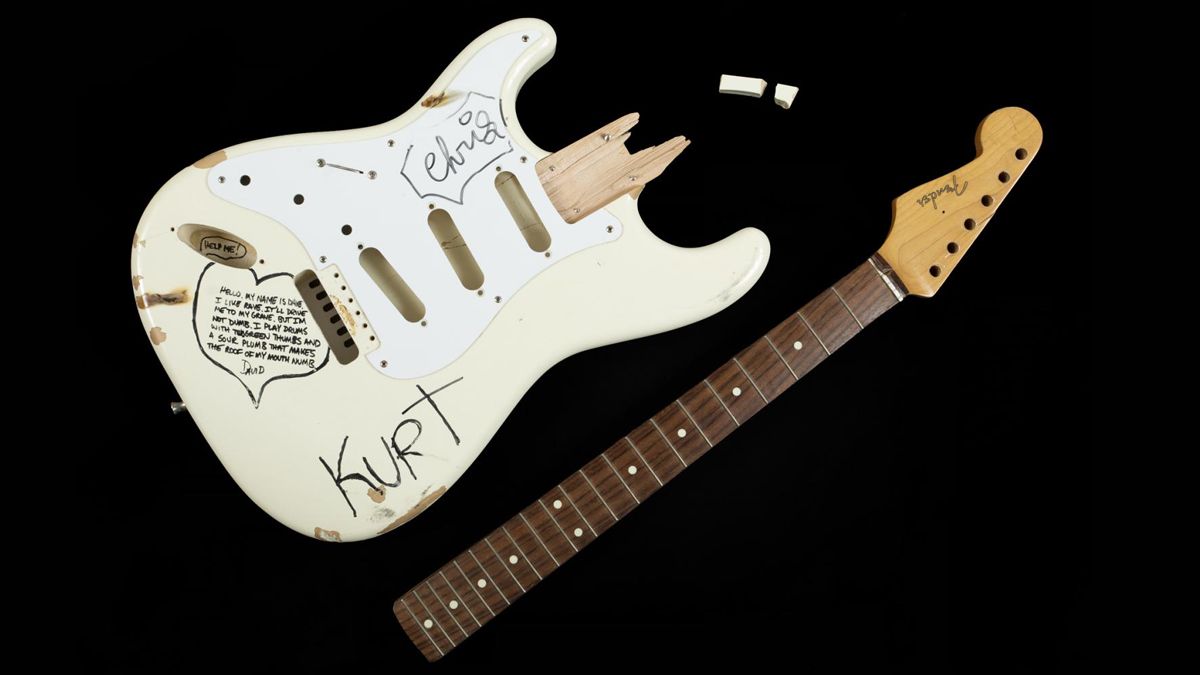 Appreciate that Alvin. Do you know where the guitar is?