The only piece of information in regard to strings coming from Kurt himself comes from one of the interviews from the Musician magazine, in 1992, where Kurt mentioned that he’s using actual piano strings for low E and A.

I use piano wire for guitar strings, ’cause it’s a lot thicker. I buy it in bulk, in these big long tubes, and just cut it to the length of the guitar. They’re thicker than the thickest guitar gauge that’s available. I don’t know what the thickness of ’em is anymore – I can’t remember. I use a really thick E string, and then a smaller size A. A few of the others are guitar strings – I think I use Dean Markley because they’re the cheapest.

However, this was most likely just a joke that over the years developed into a legend. Piano strings would be impossible to fit on most of the guitars that Kurt was using at the time, and if he indeed wanted thicker strings, there were easier ways to achieve that.

In case you’re looking to buy the same set, unfortunately, it’s no longer being made (more about this in the comments). If you want something similar from Dean Markley, their Blue Steel heavy set (10-52) should do a pretty good job (same principle as the original – Light Top/Heavy Bottom)

“Kurt actually played both sets. He started off with the Nickel Steels and then moved to the Blue Steel.
As far as sounding as close to him as possible, use the Nickel Steel (Signature Series). This is what he used most often and what he preferred.”
DM USA Customer Service – my inquiry with Dean Markley, 2018 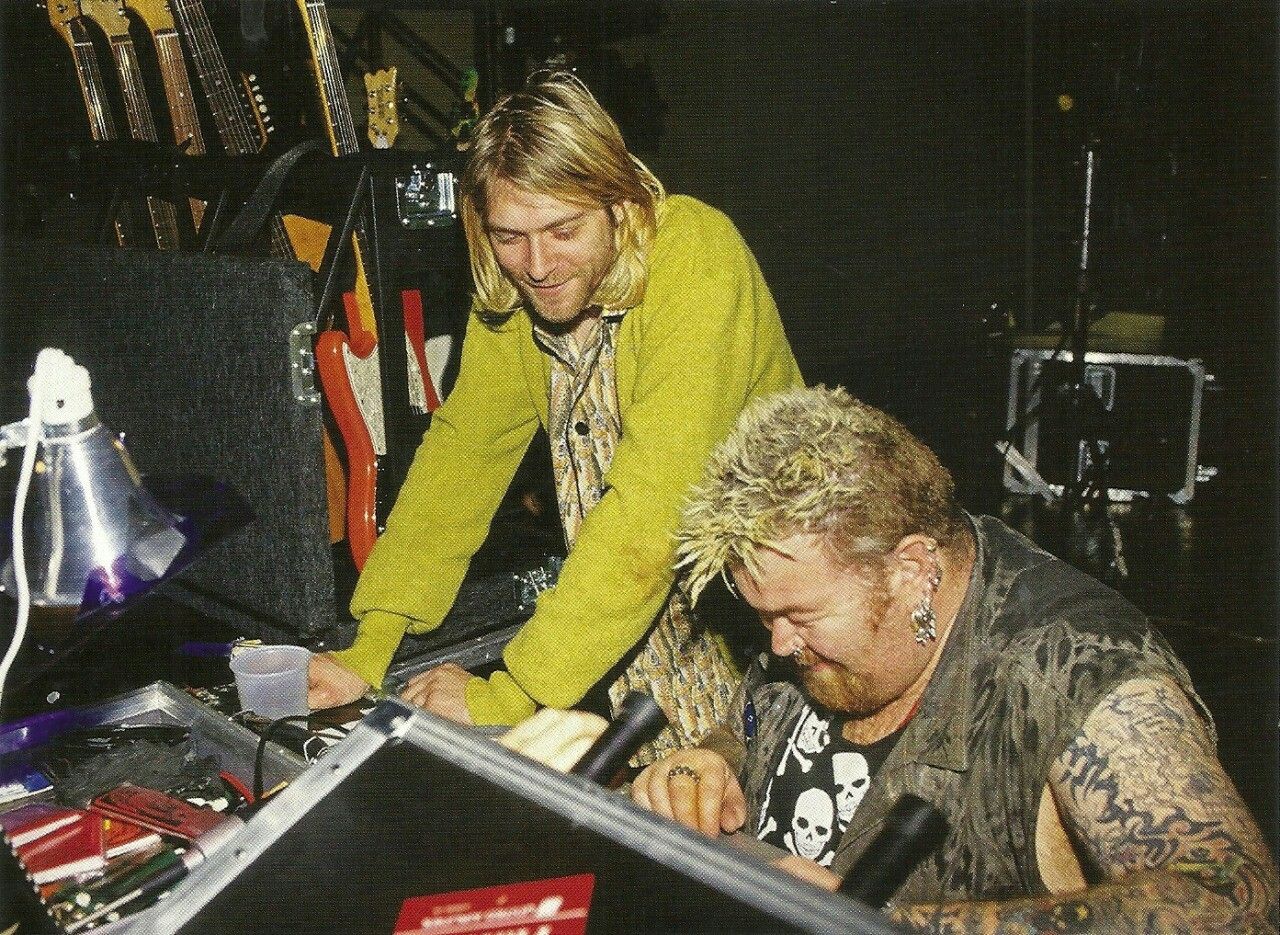 These original DM strings that Kurt used to play, have long been discontinued.
In 2008 Dean Markley won the Best New Accessory category at NAMM for a Vintage Reissue of these strings, with the same, old packaging, called:
“Dean Markley Vintage Reissue Nickel Plated Round Core Electric Guitar String”.
These nickel plated steel strings are hand wound over a round core.
They also have been discontinued.

I contacted Dean Markley about what they suggest and they told me, that the Vintage Reissue strings have not been discontinued, they have been renamed to the Signature Series strings with new packaging.

Who is the guy with Kurt in the pic above?

Big John Duncan from the Exploited i think ( he toured as 2nd guitarist with nirvana for a bit..)