Eric was seen with this guitar on a charity Concert for Bangladesh in August 1971 organized by George Harrison and Indian sitar master Ravi Shankar. The guitar was used during the first show (the Brownie being used for the second one), and this seems to be the only time Clapton ever used this guitar on stage. 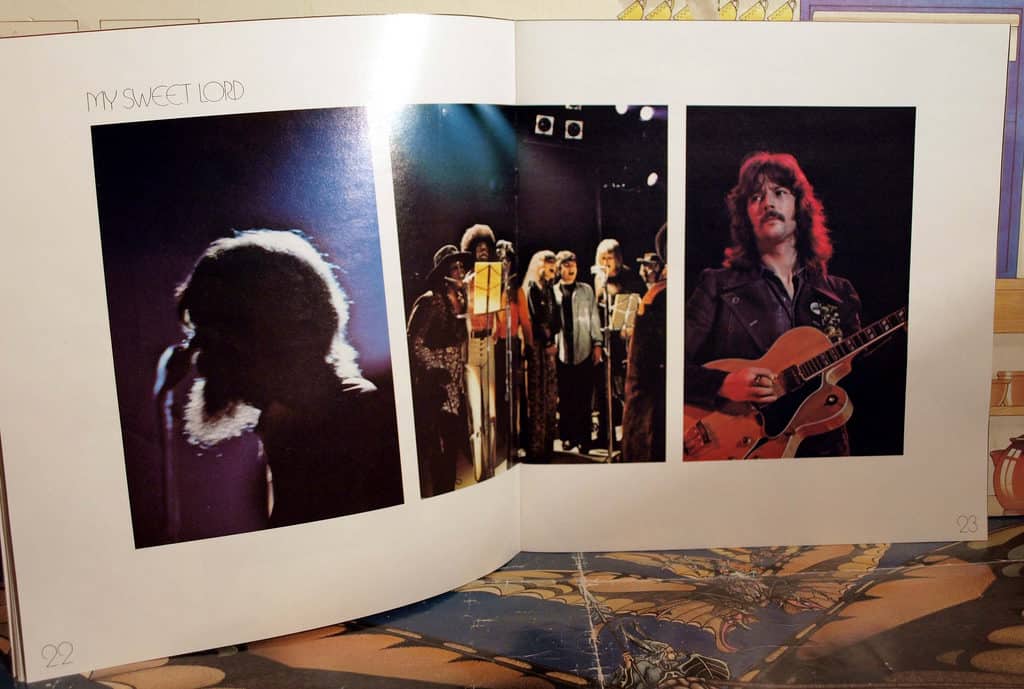 Based on the visual cues -like the flowerpot headstock inlay, gold-plated hardware, pointy fingerboard at the end, and the tailpiece – the guitar appears to be a Byrdland model. There are however some deviations – like the fact that the fretboard has double parallelogram inlays which are usually found on the 350T model. But, given the fact that most thing point towards a Byrdland, and taking into consideration that Eric himself was apparently quoted saying he played that exact model during Concert for Bangladesh, it is safe to assume that this is indeed a Gibson Byrdland.

I believe he also played the Byrdland in the Chuck Berry movie most notably in the song, “Wee Wee Hours.”

I just looked at the footage, and it appears to be a different guitar (note the P90s on it). No idea on the exact model off the top of my head.

I think he used a Gibson L5 with P90s there. I’m gonna add that guitar, now that you pointed it out. Cheers.

What happened to the guitar. Who owns it now?

I have absolutely no idea. Only thing I can tell is that it wasn’t sold through one of the auctions that Eric organized.

New York, where the Concert was held, has many studios and equipment rentals house. I know first hand that Carroll Music in Manhattan, Just blocks away from MSG, has some amazing vintage guitars that they rent. I have rented two of the finest acoustics that I ever played from them. A sunburst Gibson J-200 and a Martin D-28. I can’t remember the years of the guitars but they were from the 50’s or early 60’s. It is possible that Eric had rented the guitar from them just for the show. I have seen a video where Eric states that he wanted a Chuck Berry Guitar with P-90’s for the show but one wasn’t readily available.

I can’t find any photos that show the fretboard clearly – so if you have some, I’d like to see them (send to danko@groundguitar.com). Cheers.

This is probably well-known. The Byrdland just happened to be handy when Clapton left to go to the concert. He grabbed it, but when he got on stage, he regretted his choice. That probably has something to do with it’s absence in live situations, except for those times mentioned. Let’s just say it’s never been his go to after Bangladesh.