This was the amp that Jeff used for the most part of his career, seen on photos taken at Sin-e and on the stuff he did later on, most notably the Live in Chicago concert. Worth noting is that he originally seemed to have used a brownface Reissue made sometime in the 90s, but from around 1994 he was occasionally also seen using a blackface Vibroverb, most likely also a reissue model. During the recording of the album itself, he allegedly used an altogether different amp of the same model, since his own amp wasn’t working properly at the time (source needed). 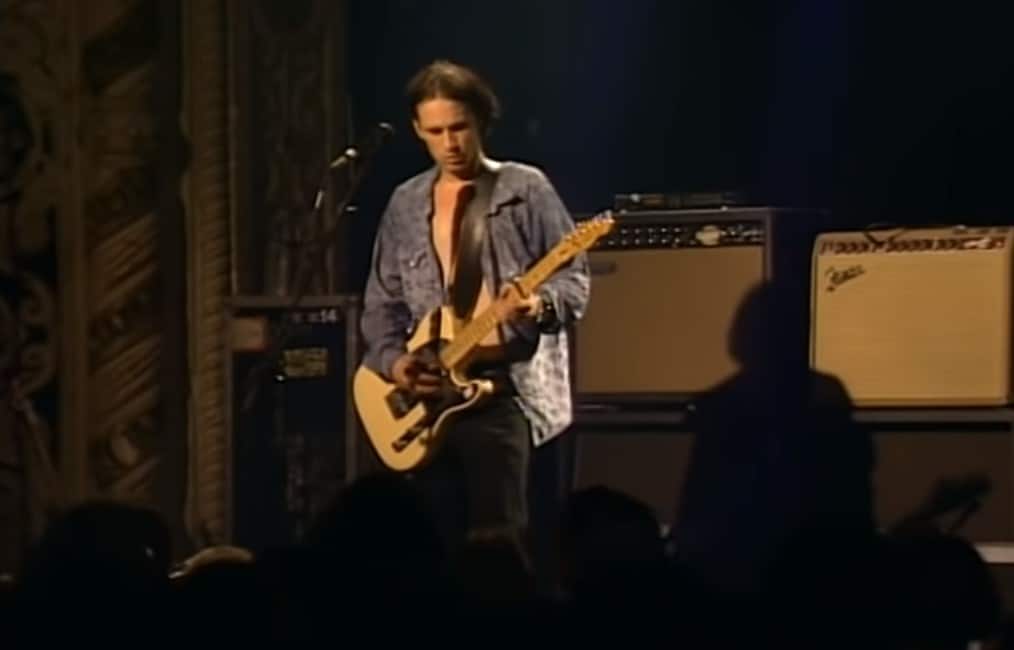 Jeff is seen using a brownface Fender Vibroverb RI during the Live in Chicago gig. The amp sitting left to the Vibroverb is a Mesa Boogie Tremoverb. Photo source: YouTube